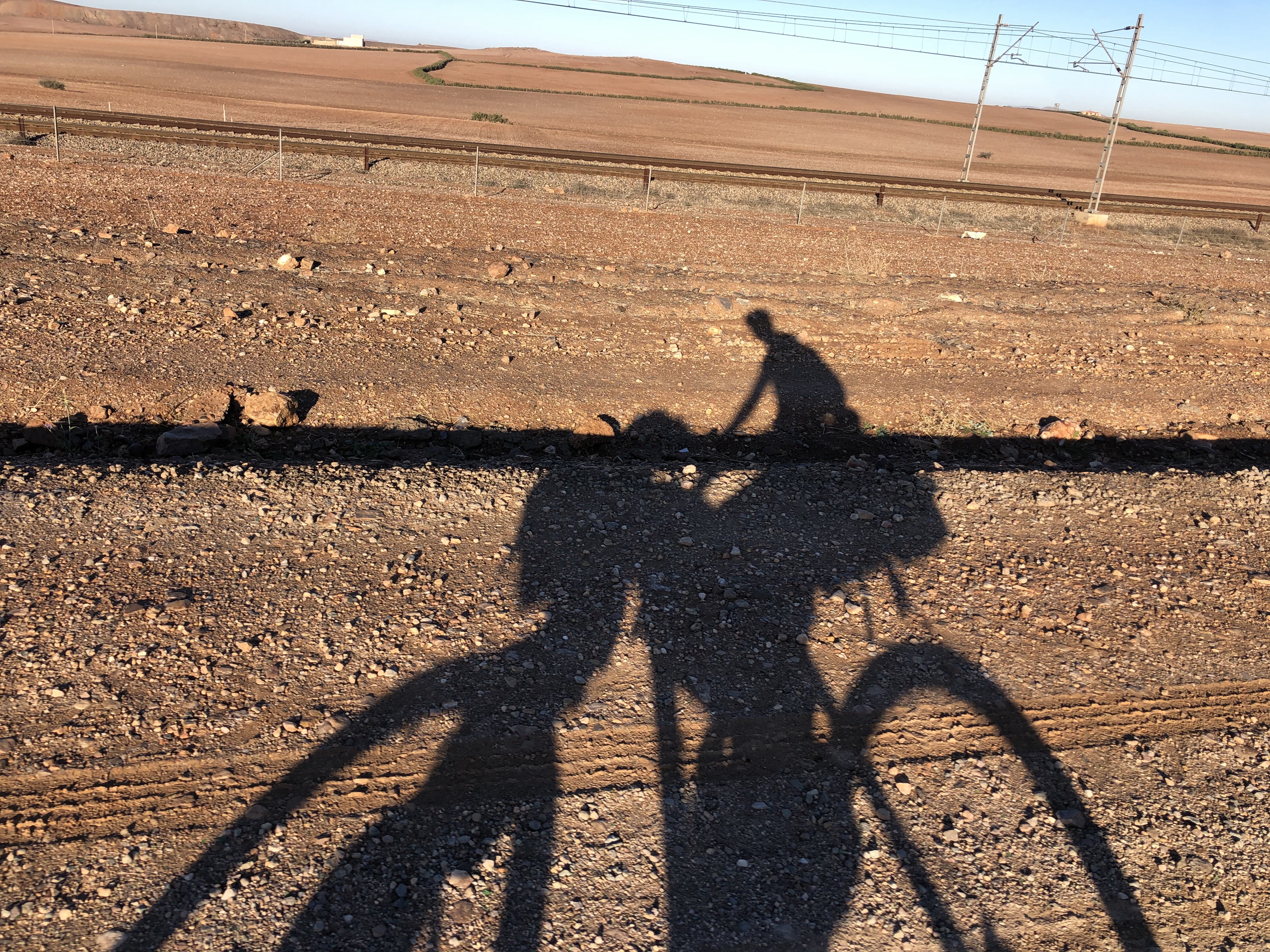 I joined my podcast guest Jelle Veyt (you can listen to the episode here), on his bicycle trip through Africa. Being the nutcase as he is, he's on a quest to cycle all the way to the Kilimanjaro in Tanzania.
Myself, a nutcase as well, but in a "different" way, decided that 2 weeks was more than enough. So I joined him from Tarifa in Spain to Agadir in Morocco.

As with every grand adventure, it is of the utmost importance that a story of it is written down for further generations.

Nonetheless, the scenery was absolutely stunning and I have attached a video of me heroically going down the mountain pass. Thanks to gravity, this proved to be an easy task, apart from the occasional braking.

This is an overview of our itinerary: 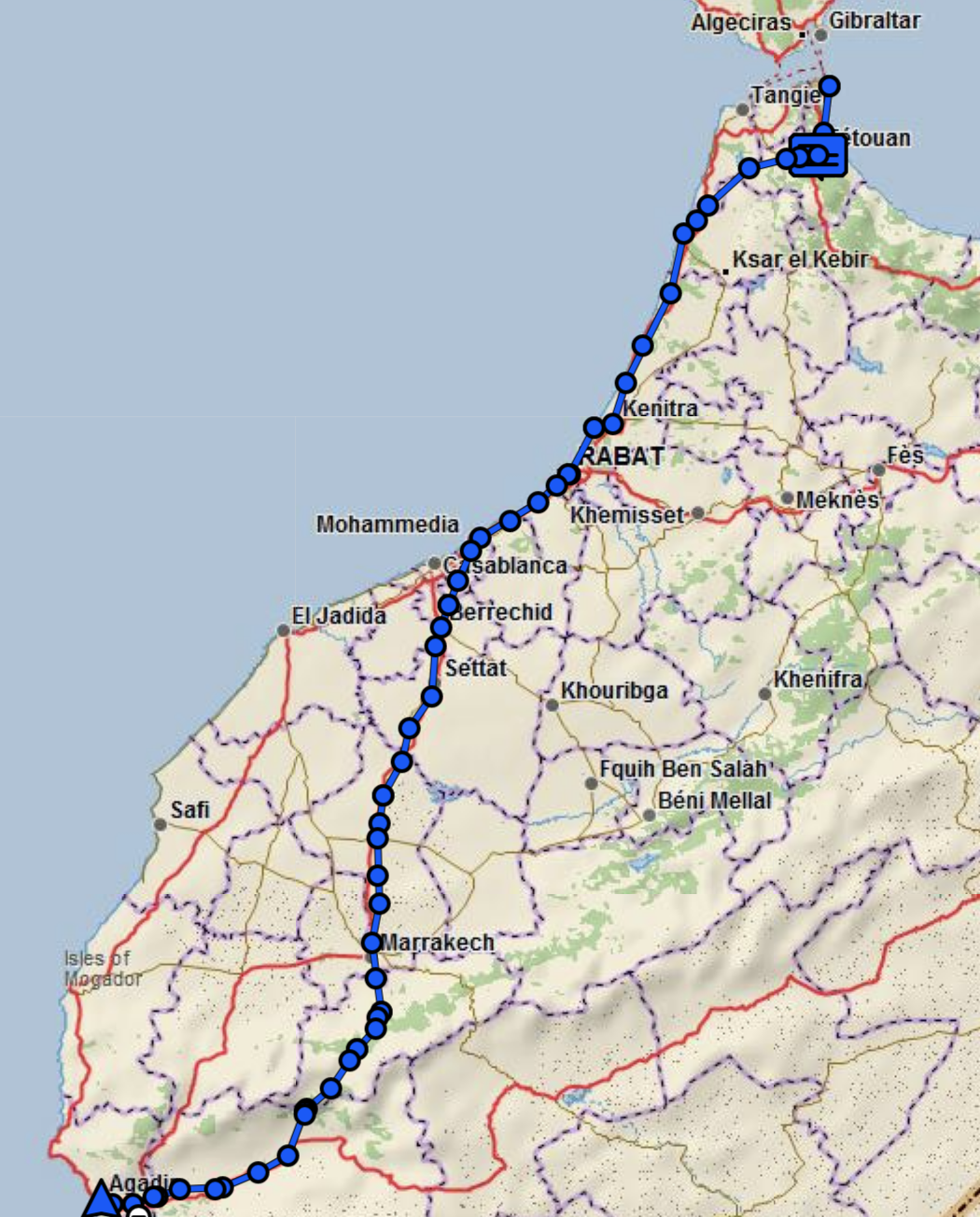 First we took the train and bus all the way to Tarifa in Spain (about 36 hours). We could have taken a flight to save ourselves some trouble, but we prefer to think twice before dumping 0.37 ton of CO2 into the atmosphere.
It always strikes me what people choose to think twice about. I have seen people take 10 minutes to decide which ice cream flavors they want on their perfect holiday, but it takes less than a microsecond for them to decide whether they really want an extra plastic bag in the supermarket (spoiler alert: plastic bags are not good for the environment). 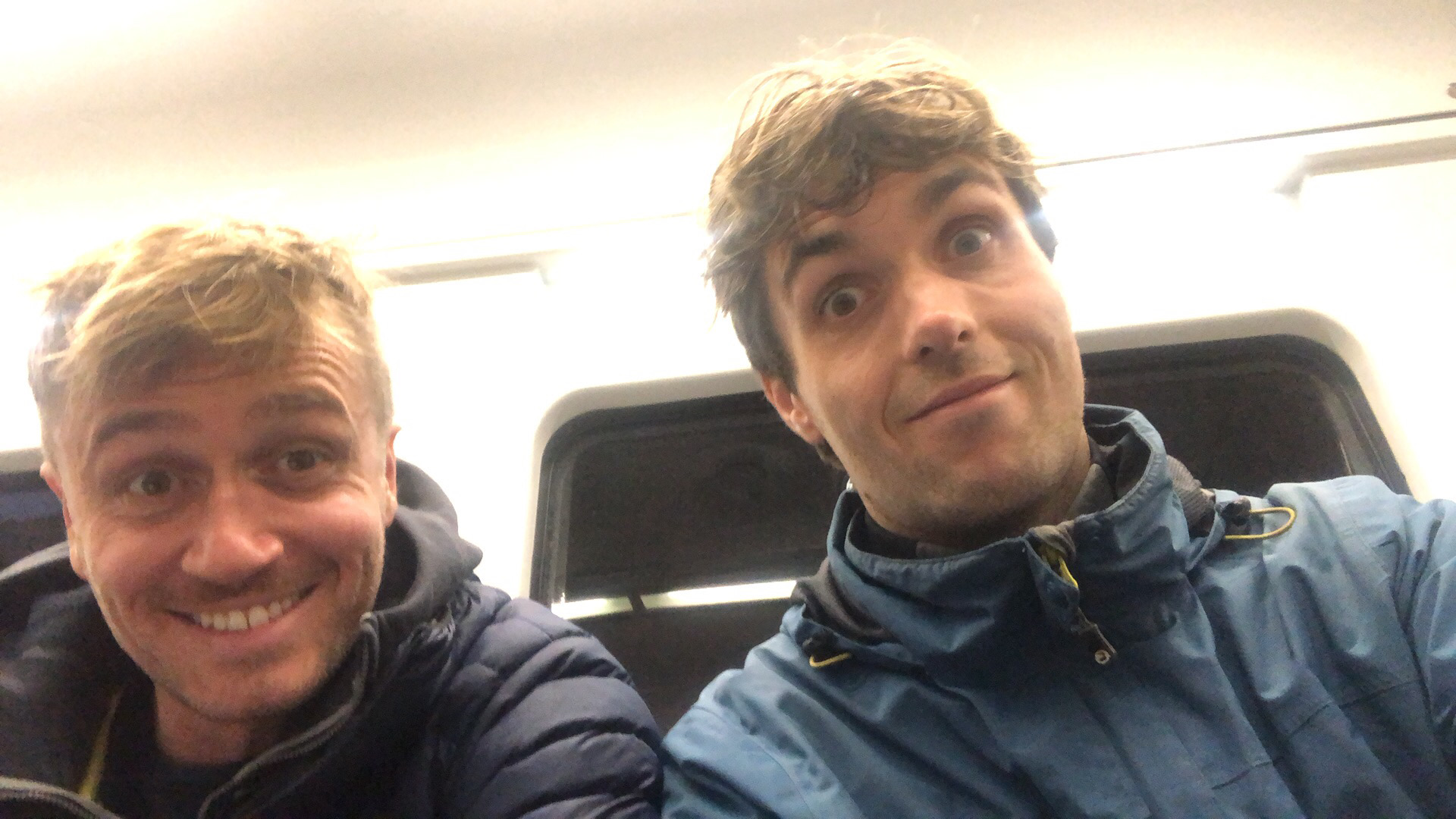 Anyway, we arrived in Tarifa and the first thing I did was having a great shit. I'm never able to have a defaecation on public transport. My hypothesis is that it is a yet undiscovered medical condition. If other people have the same issue please do get in touch.

The bikes were stored in Tarifa and we assembled them in the evening (well Jelle assembled them mostly, but I was good at coordinating). Next day we cycled to Algeciras in order to take the ferry to Ceuta, a part of spain on the African continent. 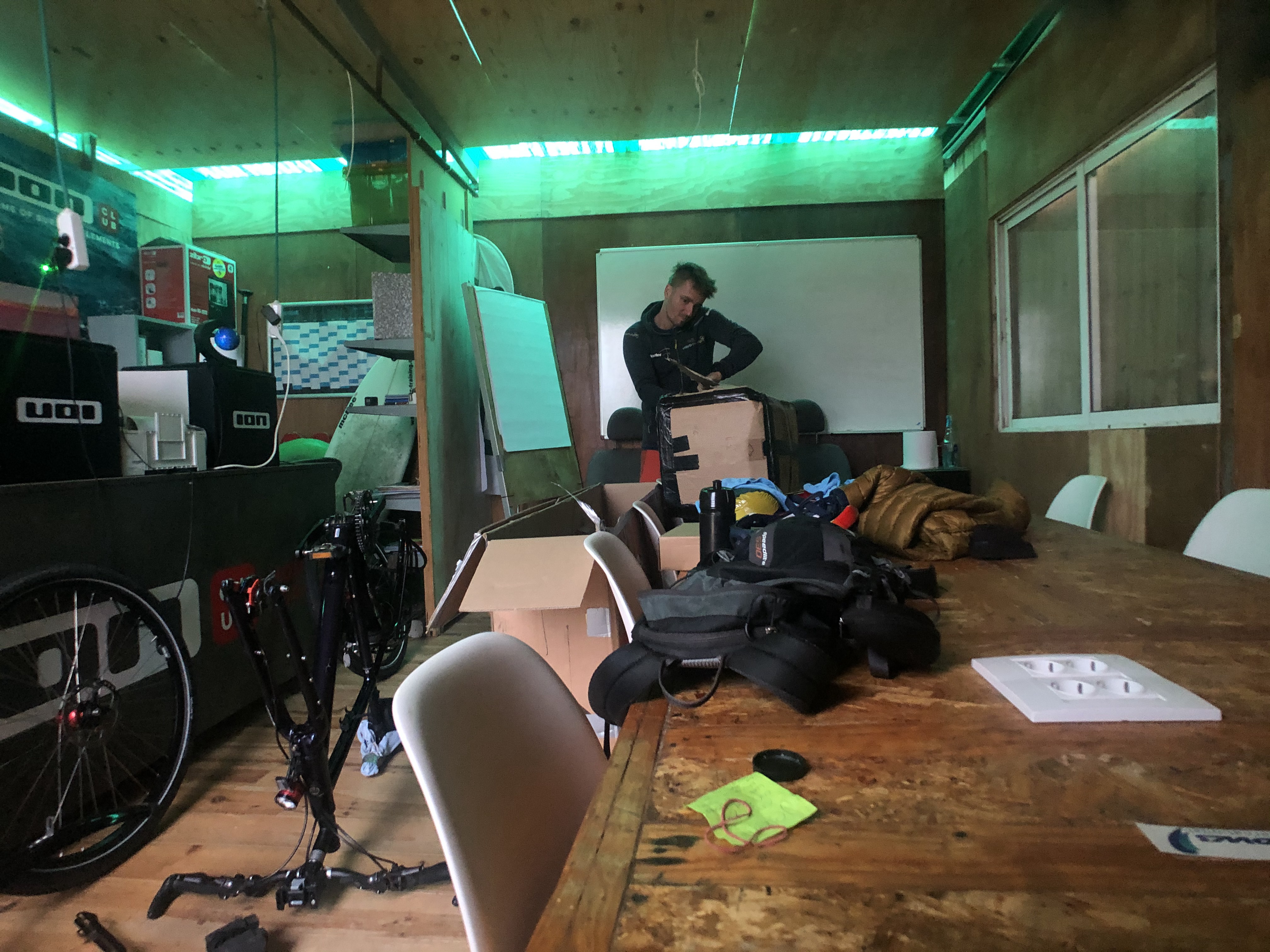 Now I could bore you with all the details of the entire trip, the exact itinerary, where we slept, what we ate, defecation frequency, etc, but I don't even have the interest in writing a boring text like that.

However, I will just share some of the most interesting things about the trip, for your entertainment, at absolutely no cost.

First, the whole trip we were perfectly safe. I know that's quite shocking because we were in Africa after all. Furthermore we did not see any terrorists in Morocco, and to my even greater surprise there have been more attacks in Belgium the last years than over there. How rare that prejudices turn out to be wrong, right?

The people here were also really helpful, and the French I learned in my younger years finally proved to be useful (maybe one day I'll even speak it in Belgium!). We did not plan much ahead and we often asked people if they knew where we could stay or camp. 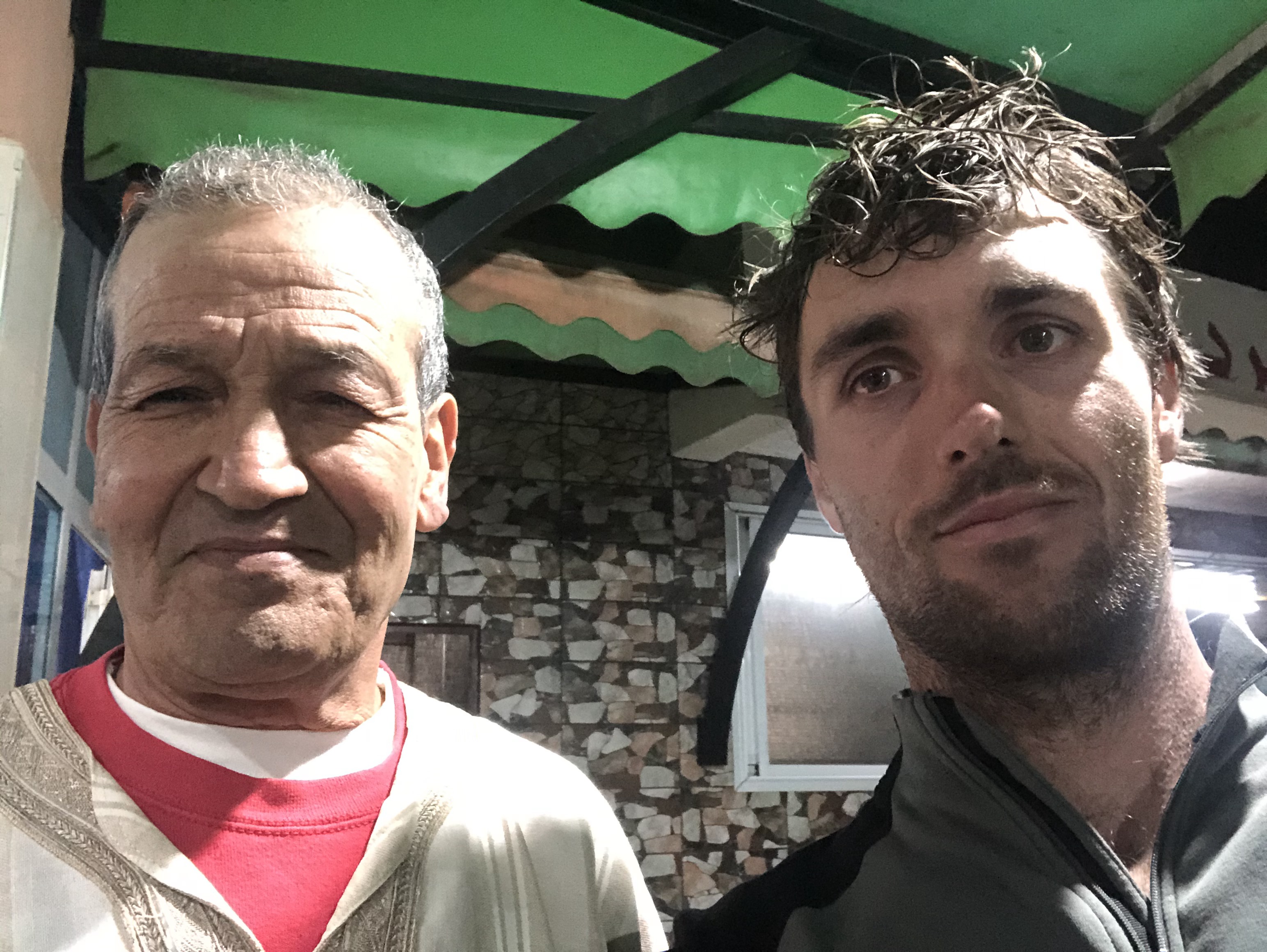 One night we were staying in an abandoned building next to somebody's house. I was a bit worried about rats. However Jelle reassured me. He has been living on the streets for 2 years and told me rats have absolutely no interest in me. However I was not that lucky to have these experiences in my life, so I was paranoid all the night. In the end there were no rats and all my anxiety was for nothing. What a peculiar thing to happen. 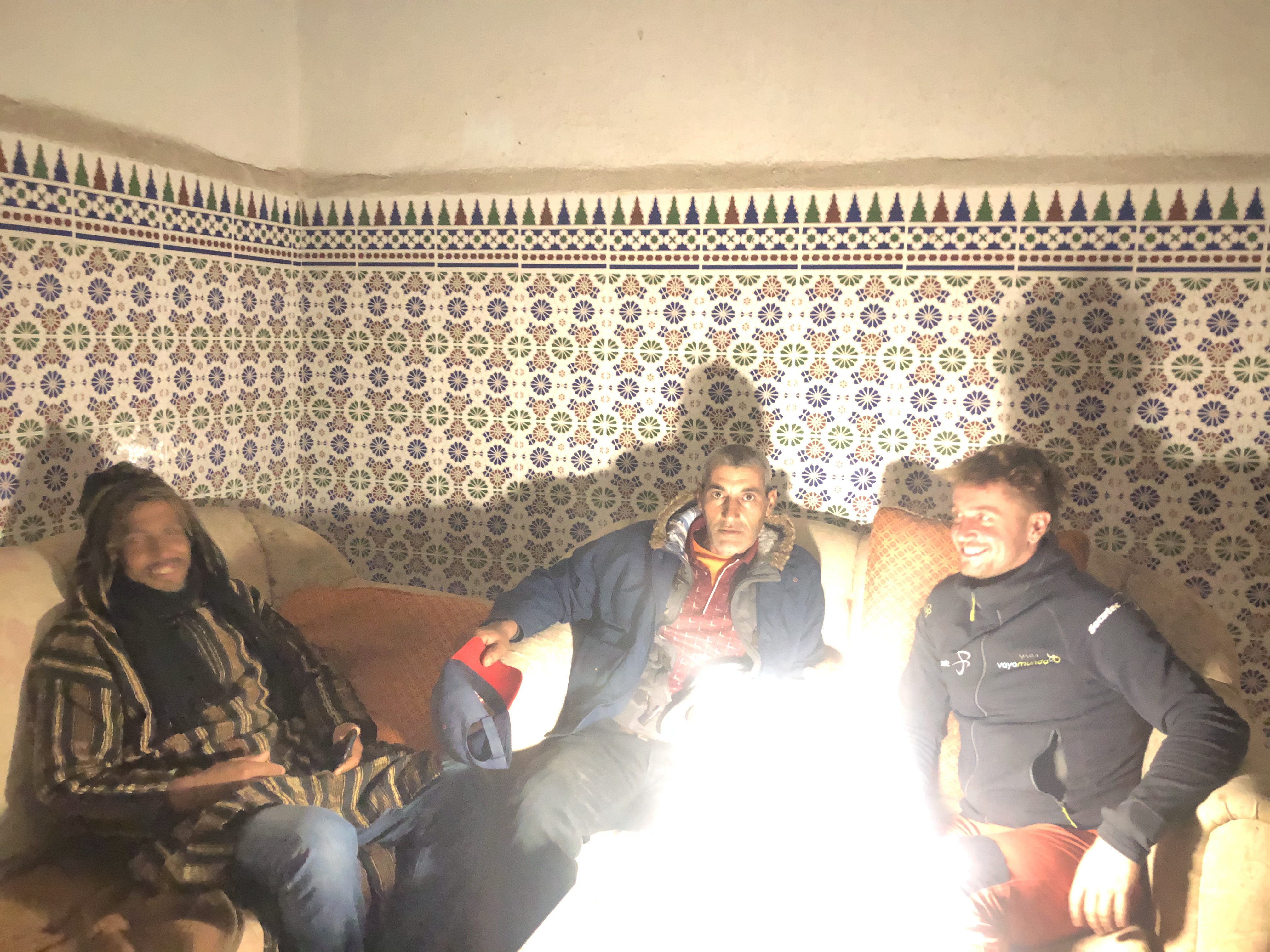 Something I also found remarkable is how extreme the social differences in Morocco can be between places only half an hour apart. One moment you are cycling through a posh sea-side village and the next one you see people living in sheds.

The cool thing about Morocco is that the landscape can change as quickly as the afore-mentioned social differences.
There's plains, sea, mountains, desert.. You never really know what to expect. Being a person who likes to have structure in his life, this of course proved to be a big challenge for me. It was not easy for me to cycle through the ever-changing natural beauties, and I very much look forward on seeing the certainty of Belgian concrete again. 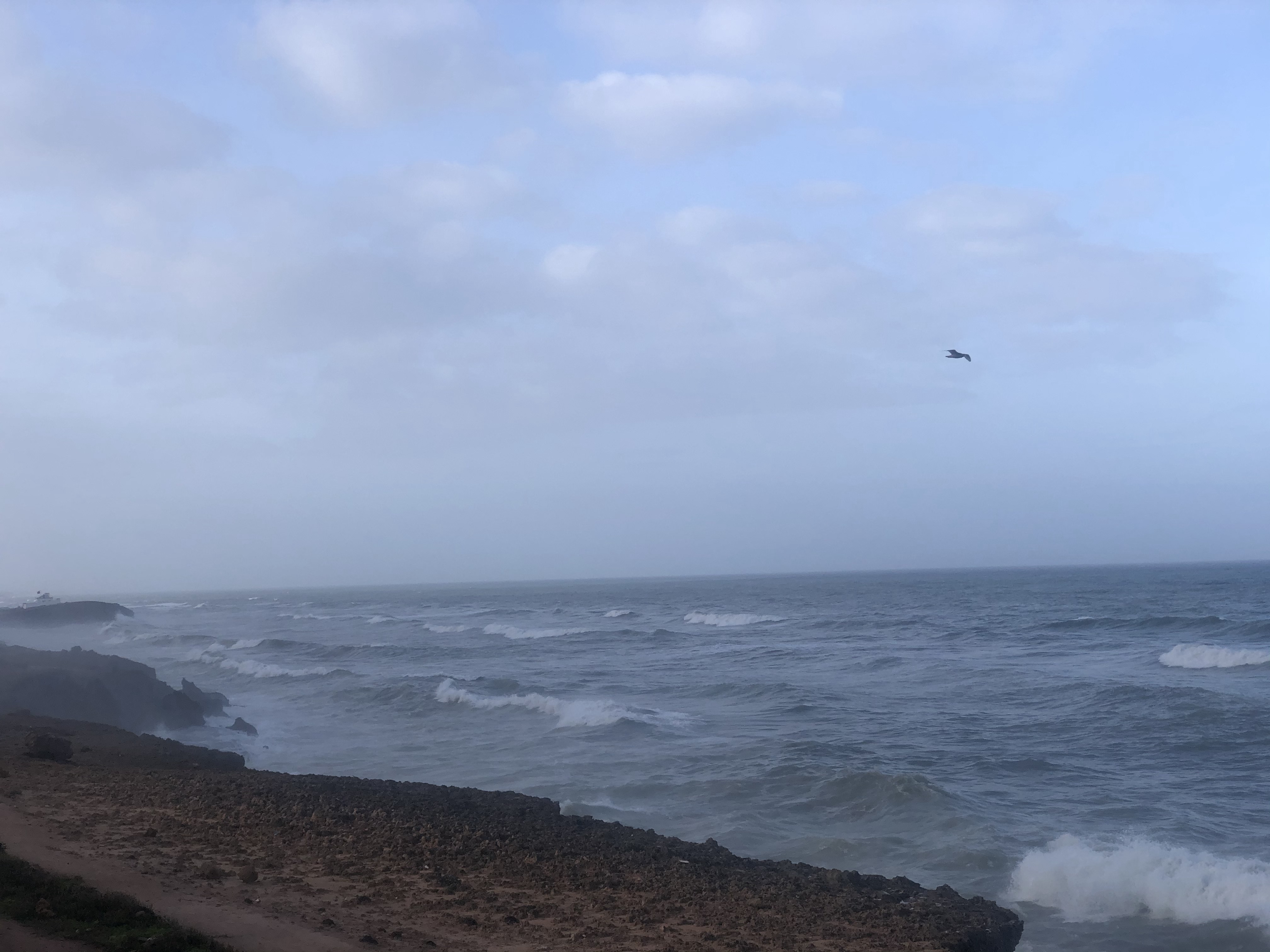 Another challenge for me were the dogs. Multiple dogs chased me for kilometers and even bit me. Out of my own mind however, these things did not happen. I was going to put a picture here of a dog, but I was too scared to take one. So here's a drawing. 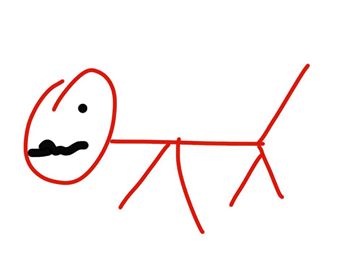 Speaking about life threats, let's talk about kids. They also liked chasing us, and they kept on asking us for a "stylo". On the positive side, kids in Belgian are not that easily satisfied, and would probably ask for an iPhone. However, we did not give in to these outrageous demands and we cycled on. 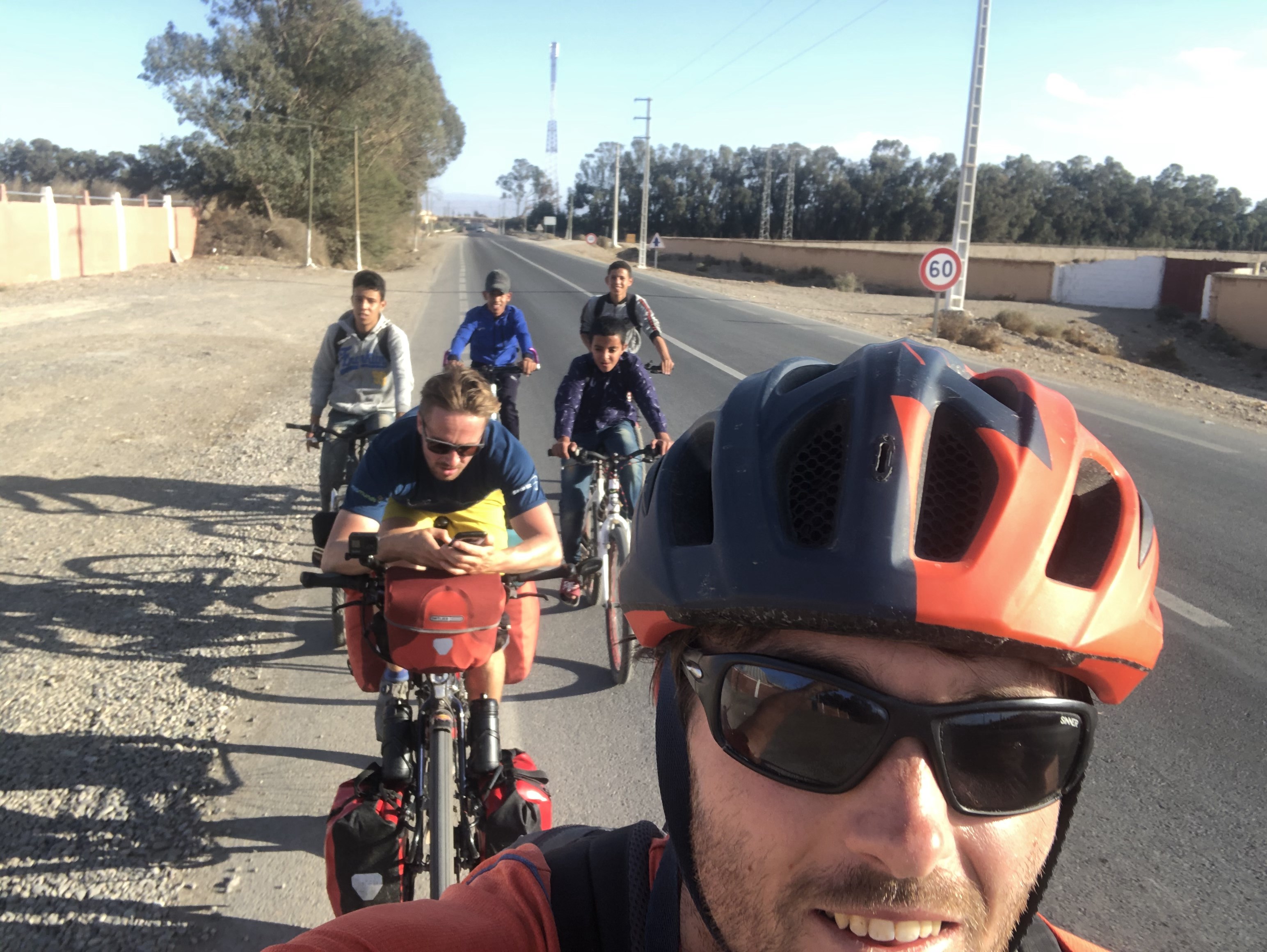 The most memorable part of our heroic journey was probably the cycling through the High Atlas mountains. It happened to be on those days were I had a bad case of fluid stool, aka diarrhea. So the climbing for me was double the challenge. People say it is often in these difficult moments where we get to know ourselves. But I can now confirm that's a load of sh*t (no pun intended) and these moments are just a pain in the *ss. 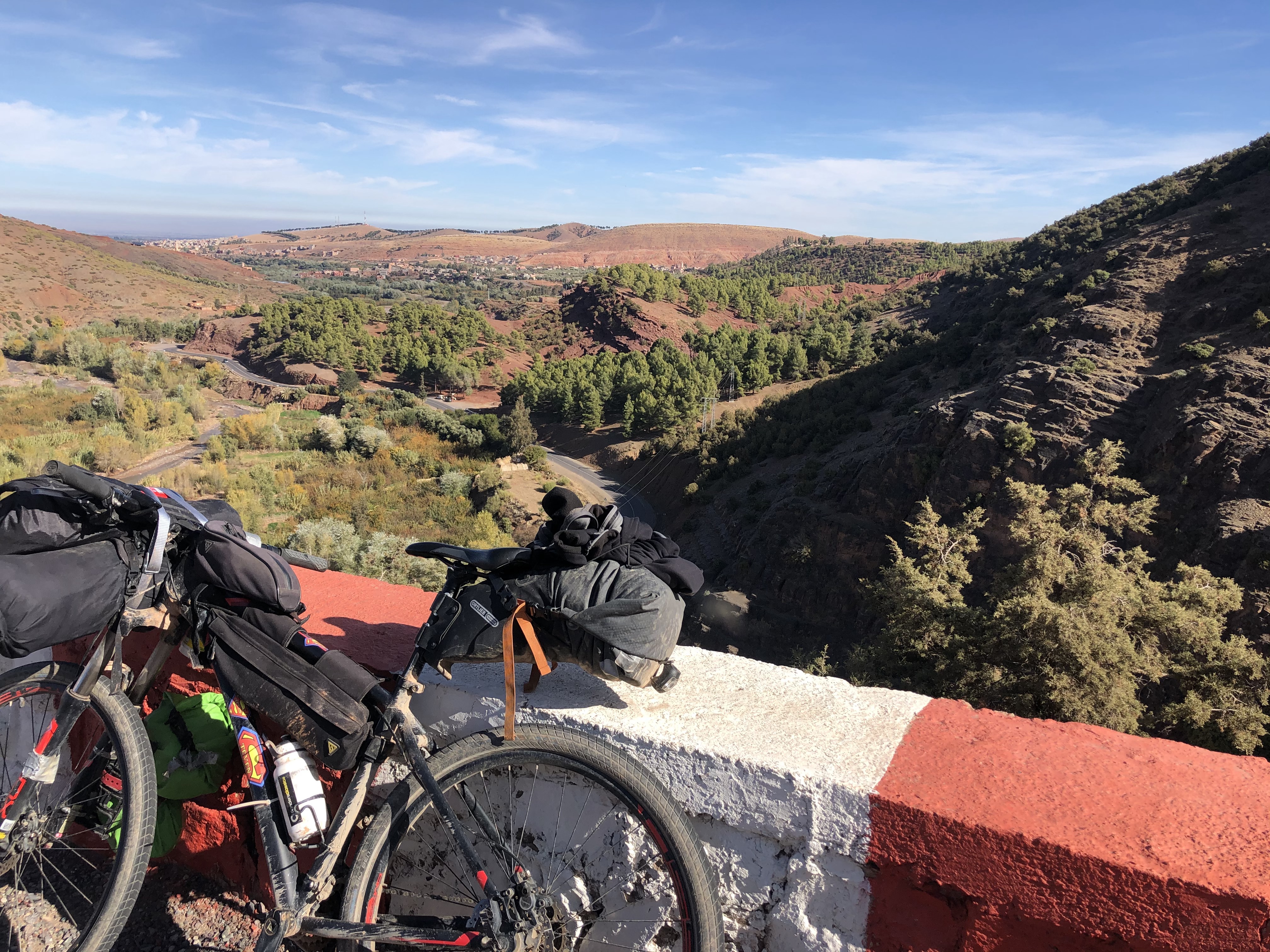 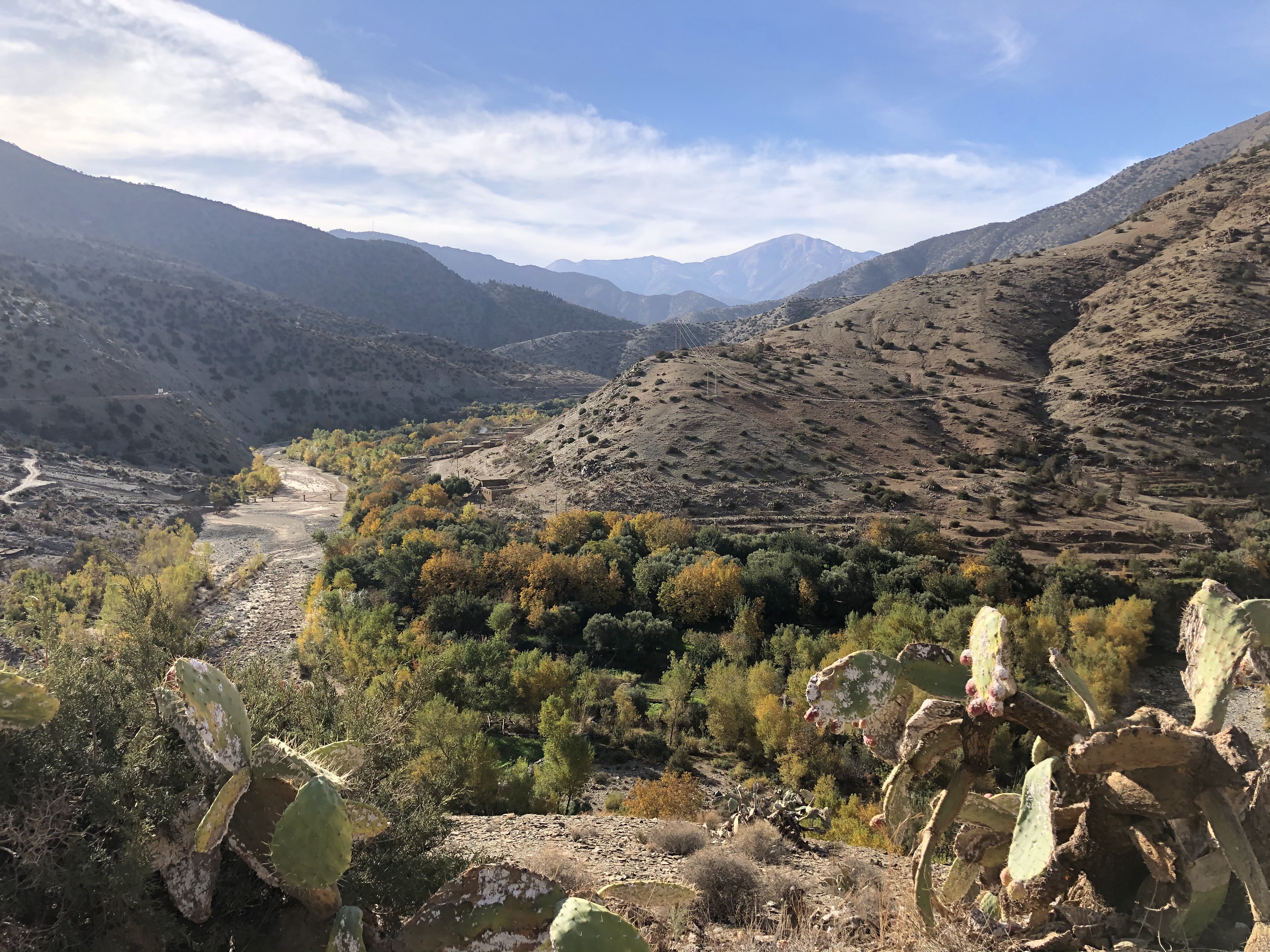 In the end, would I recommend other people cycling through Morocco? Certainly, but take some Imodium with you. 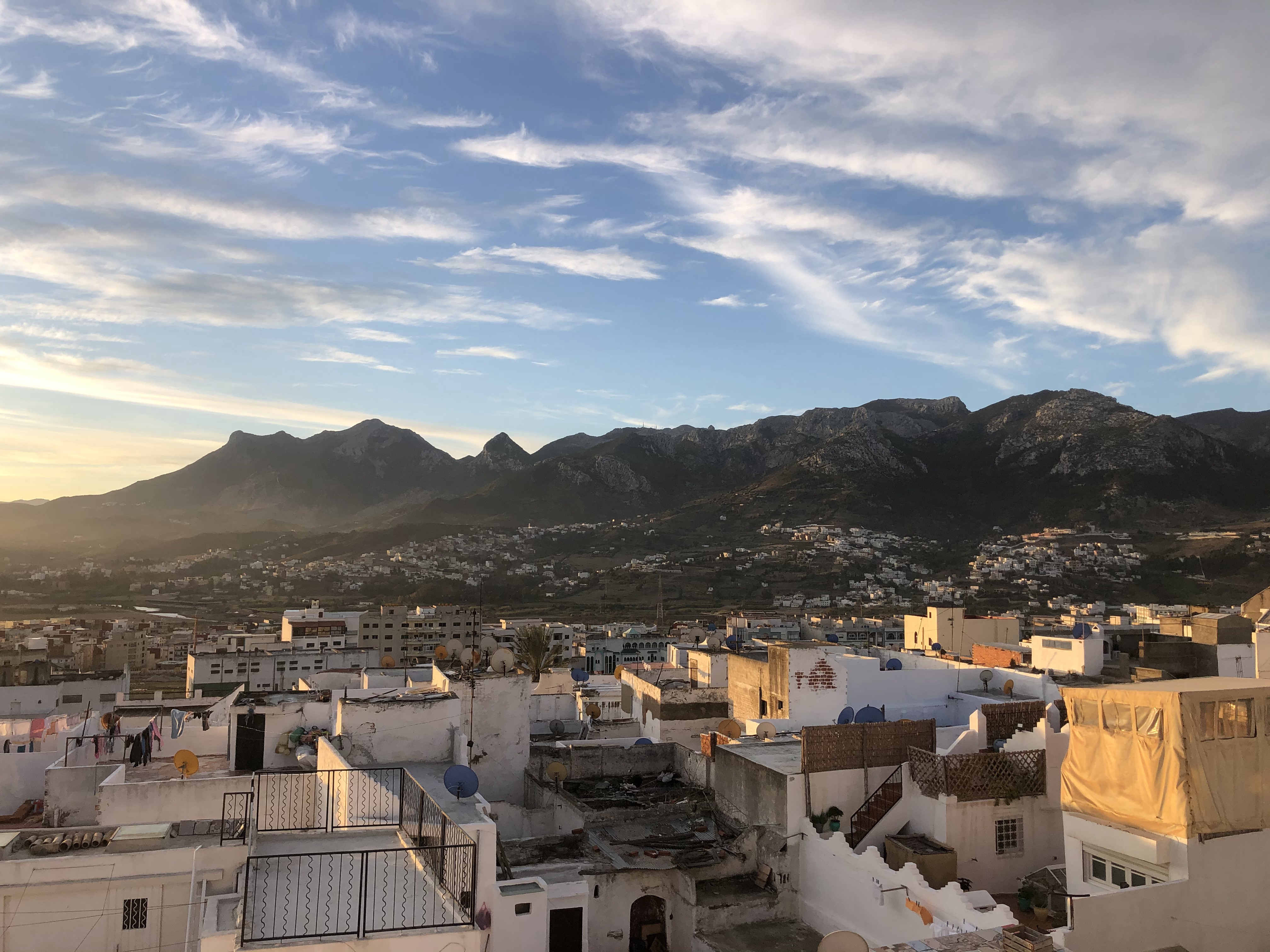 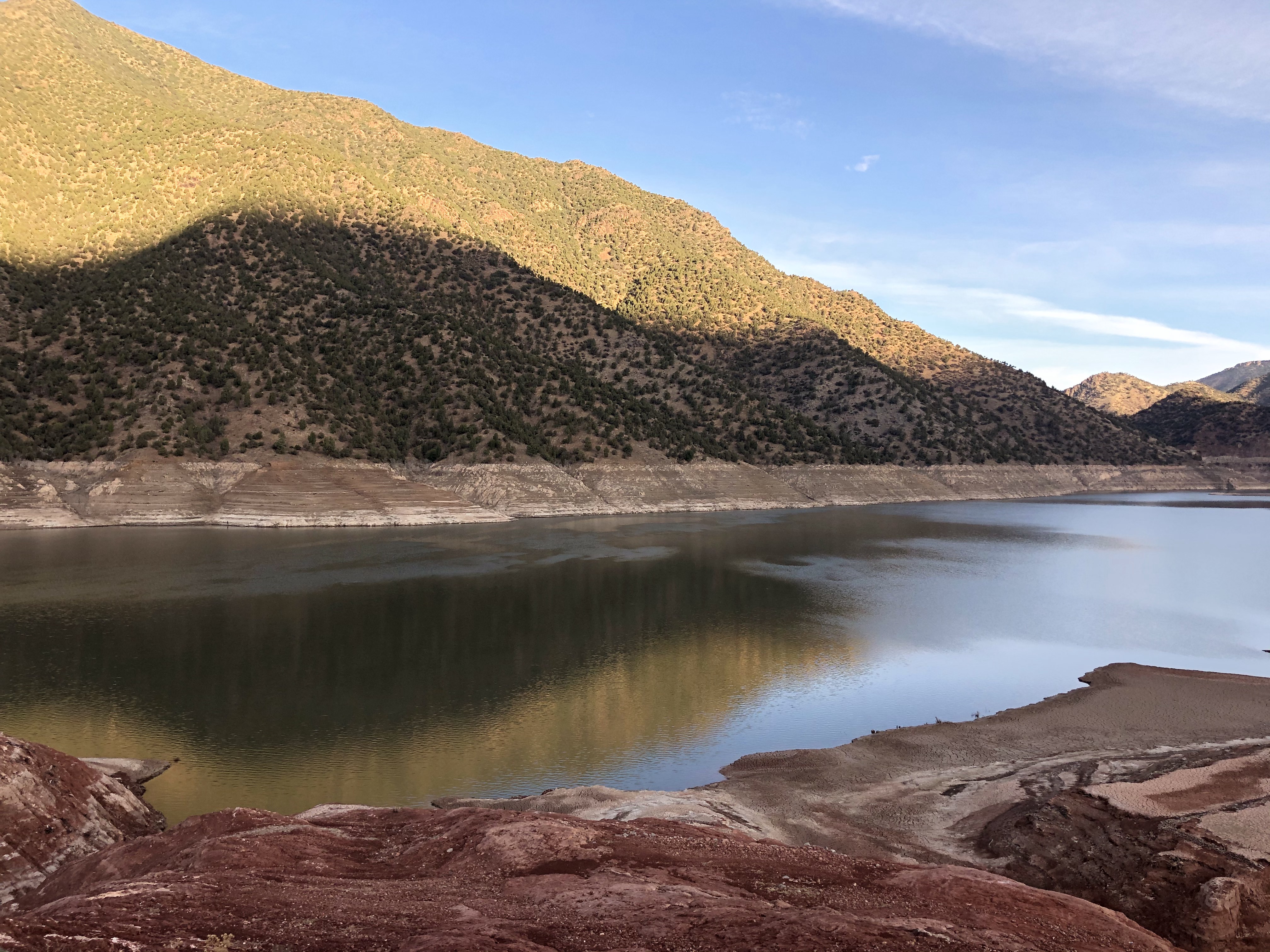 P.S. if you liked this, please share to boost my self-esteem!